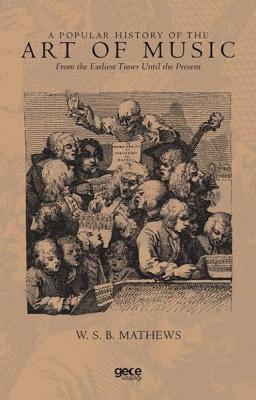 https://www.plakkitap.com/a-popular-history-of-the-art-of-music
A Popular History Of The Art Of Music From the Earliest Times Until the Present
Gece Kitaplığı
75.60

“...The name “music” contains two ideas, both of them important in our modern use of the term: The general meaning is that of “a pleasing modulation of sounds.” In this sense the term is used constantly by poets, novelists and even in conversation—as when we speak of the “music of the forest,” the “music of the brook” or the “music of nature.” There is also a reminiscence of the etymological derivation of the term, as something derived from the “Muses,” the fabled retinue of the Greek god Apollo, who presided over all the higher operations of the mind and imagination. Thus the name “music,” when applied to an art, contains a suggestion of an inspiration, a something derived from a special inner light, or from a higher source outside the composer, as all true imagination seems to be to those who exercise it...”